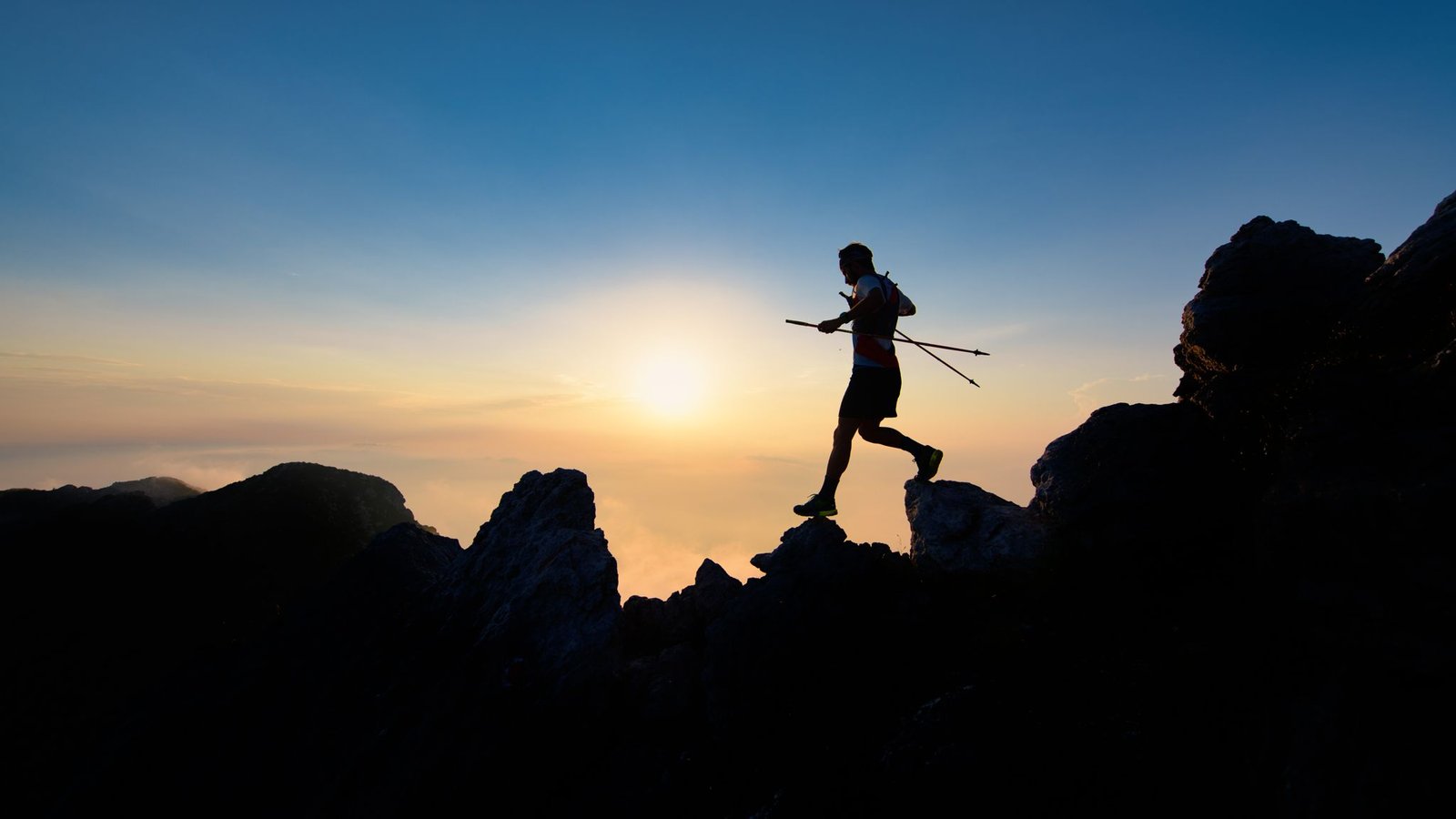 Ok… so the title may be slightly misleading as this post is about Hot and Cold therapy for injured athletes.

If you track my recent Strava activities you may have spotted that I thought I had an issue with a trapped nerve… It was later found to be a probable sacroiliac joint injury in my lower back.

After some time off attempting to rest this, my sport therapy magician who frequently puts me back together after I suffer overuse injuries, suggested hot/cold therapy… something I had not used in a little while and with the relief offered, I thought now could be a useful time to remind others of the benefits.

For many, slowing down and acknowledging an injury may seem like giving in but it really is a classic case that you must listen to what your body tells you… especially if you wish to avoid long term, or even permanent damage.

After the acceptance that you need to sort it, the recovery period can rapidly become one of the most sensitive and daunting periods for any athlete. Treatment during this period is crucial since lack of, or improper treatment of the injury may cause delays in the recovery or even a relapse. However, in my experience, many athletes do not know of the proper treatments that should be utilised during recovery and thus end up training extremely hard in an effort to train the injured muscles or ligaments… more often than not, this results in overreaching, burnout, and poor performances which may lead to detraining.

One of the best therapeutic models to use as a recovery treatment to speed up the recovery process is Hot and Cold therapy. You’ll almost certainly have used the ice approach as part of a RICE (Rest, Ice, Compression & Elevation) regime since this is one of the most common treatment methods to relieve pain in our day-to-day lives. For example, when you roll an ankle its normally a go to treatment to use ice packs to relieve the pain.

What about Turning up the Heat?

However, it’s not as commonly understood that to achieve maximum tension reduction, hot and cold therapies must be used one after the other, with the cold therapy ending each session. Hot therapy works by using heat to relax the muscles… when heat is applied to the injured area, the blood vessels around the area get dilated, promoting blood flow around the area. Heat therapy alone is particularly helpful when the muscles are spasming. A muscle spasm, sometimes known as a muscle cramp, can be best described as when there is a sudden and involuntary contraction for a temporary period in one or more muscles.

Using this approach has worked wonders on my sacroiliac joint injury. The results have been incredible. In a sacroiliac joint injury, the ligaments tend to be too loose or too tight. As a result, the injuries can get very painful. To reduce the tension and swelling in the inflamed area, hot and cold therapy per the cycle I described above. However, it is important that you do not apply the ice or cold pack directly to the skin when doing cryotherapy (ever seen the scene in ‘Dumb & Dumber’ with a tongue stuck to a metal pole)? Instead, wrap the ice in a towel before applying it to the inflamed area. Failure to do so will result in ice burns which can aggravate the pain and the injury’s extent.

So… the science behind this approach tells us that applying ice reduces skin, subcutaneous and ligament temperatures. As a result, the cutaneous receptors are stimulated. An after-effect is delivered to the sympathetic fibers causing vasoconstriction. This effect results in reduced metabolism and metabolites’ production, which relieves the pain and extent of the injury. After applying ice to the muscles, an athlete can then have adequate training to maintain the ligaments and muscles’ agility. The athlete will not be in pain since the superficial tissues can sustain the cooling effects of ice packs for up to four hours!

What Exactly does the Heat Help With?

To maintain peak ability, athletes may need to train even during the recovery period. However, the training should be minimal and should only keep the muscles engaged just enough to maintain normal metabolic activity. When training, an athlete’s body will produce lactate. Lactate is a waste product, and hence it is important that it be eliminated to prevent it from hindering the recovery process. Hot and cold therapy has been indicated to aid in the faster clearing of lactate.

So… Thermotherapy & Cryotherapy… So what?

By alternating both thermotherapy and cryotherapy, a subcutaneous response is stimulated by the vasoconstrictions and vasodilation of the blood vessels. As a result, mechanical shunting is stimulated. Due to the shunting process, the pumping action of active and adjacent muscles is enhanced, which provides oxygen to the muscles, which enhances the process of removing metabolites, lactate being one of the metabolites. The water temperature needs to be correct to ensure maximum recovery. For hot water/heat packs, the common practice is to use temperatures ranging between 37 and 43 ˚C. As for the ice packs, their temperature should range between 12 and 15 ˚C. For maximum results, the treatment should be repeated twice/three times a day. The treatment normally lasts between 20-30 minutes. The time should be divided equally between both thermotherapy and cryotherapy. For example, if you chose to undertake the thirty-minute treatment therapy, fifteen minutes should be used for thermotherapy, and the remaining fifteen minutes used for cryotherapy.

So… hot and cold therapy is an effective accelerant in the recovery process. It is similar to the deep heat spray, which uses heat therapy to relieve pain. However, thermotherapy and cryotherapy are much more advisable since they are more natural and environmentally friendly. The therapy benefits include released swelling and stiffness of joints, relieves the injured muscles of pain, and accelerates the recovery process.

My slightly modified approach with my injury has been to use a couple of minutes of cold via a cold pack, followed by a couple of minutes of heat, repeated perhaps three or so times and finished off with a cold cycle to end treatment. This is all very ‘doable’ at home. I do this three or so times per day and my injury seems to be improving very nicely. Clearly, I am not holding myself out as a physician so you really ought to take advice before embarking on treatments, but this one, as previously stated, is 100% natural, accessible and is unlikely to cause an issue if performed with the safety notes highlighted above. 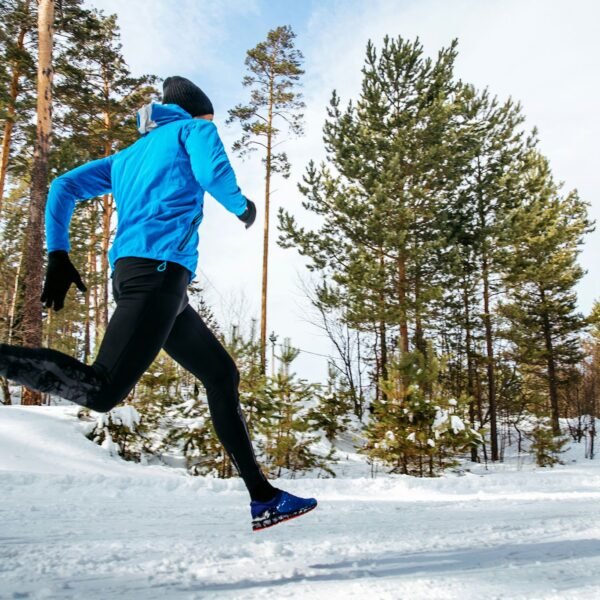 My Virtual Running Experiences During Lockdown